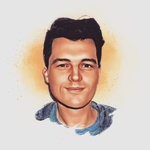 Several group houses I’ve lived in have had massive libraries. These have included contributions from past and current house members. While this results in a pretty impressive display, I often find myself at a loss when someone brings up the inevitable “Which books do you recommend?“. Alas, I often find myself struggling to put together an immediate response. With that in mind, I’ve assembled a list of books that I’ve read. It’s worth noting that just because a book appears on my list, does not necessarily mean I endorse its content. Where possible, I’ve tried to include a few sentences on my thoughts on the books. Hopefully I will someday have enough time to write mini-reviews for a more-than-negligible fraction of these books.

Since the books I’ve read lack any overarching order to them, so does this list (I apologize in advance). To make up for that, I am designating the various books with symbols to indicate my review:

At some point I will add links to my notes where said notes on the books exist:

These are the paradigm-shifting books that have had major influences on shaping me as a person.

You should definitely add these to your reading list or audiobook queue as soon as you read this list.

While not in the “life-changing” tier, these are still great books. “5-star” reviews may be more common than you would expect if book quality really does follow a Normal distribution, but that’s because I intentionally seek out books that I think I’d like.

At this point, we’re beyond recommendations, and more just a list of books that I’ve read.

If anything I list these here because I’d like to spare you from reading them. In contrast with the last section, these were actively painful to read. In come cases I may have read them because they were next in line after a previous book that was much more enjoyable. In other cases I read them because they had an extremely vocal fanbase and I wanted to understand what all the fuss was about. In still a few other cases I consumed the work more or less against my will (such as with the cross-country road trip where a Dan Brown audiobook was played just because it would keep my friend awake while he drove).

For obvious reasons, I’m not including Amazon links for these books. That way, if you actually end up paying money for any of these dumpster fires, that’s entirely your own damn fault. I am completely blameless if you’re actually masochistic enough to spend part of your finite life subjecting yourself to these works.

Not giving this tier a place among the previous ones, because I literally have no idea how good these works are. I want to know, though.

If you have any recommendations, don’t hesitate to contact me at [contact at matthewmcateer dot me] and I will be very happy to add them to the queue! Alternatily, you can follow me on Twitter and reach out to me there.